Rotary is an international organisation that brings together leaders who step up to take on the world’s toughest challenges, locally and globally. This work is supported by its major charity, The Rotary Foundation.

In 1985, Rotary International initiated the huge task of eradicating polio throughout the world, not only in the belief that it could be done, but that it should be done.

Of course, it didn’t take long before partners joined in, as they saw the impact it was having and began to believe that eradication was a reality rather than a dream. In 1988, the Global Polio Eradication Initiative was formed as a partnership that included Rotary, the World Health Organisation, the US Centres  for Disease Control and Prevention, UNICEF,  governments around the world and more recently, the Bill & Melinda Gates Foundation.

The Rotary Foundation, along with its partners, has been funding the eradication of polio for many years now, Polio Plus being one of its longest running and most significant projects. With its partners, it has helped immunize more than 2.5 billion children against polio in 122 countries. As a result, polio cases have been reduced by 99.9% worldwide; immunization and monitoring will continue until polio ceases to exist.

Over the years our Club has made significant contributions to the Rotary Foundation which, by the time the world is certified polio free, will have contributed in excess of $US 2 billion, including $US 985 million in matching funds from the Bill & Melinda Gates Foundation.

Wed Dec 9 , 2020
Every year our club sponsors two 16-17 year old students to come to Australia for a year. The restrictions caused by the Covid 19 virus pandemic has curtailed the program. However for the first 6 months of this year we continue to sponsor Leopoldo Blasczyk  from Paranavai, Brazil. The image shows […] 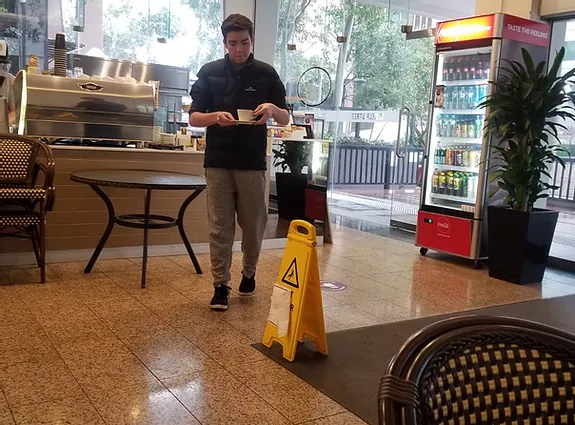 The puzzle is available now.